A downloadable game for Windows and Android

Lintw - The Simulated Märchen is a simple simulator in which you can build a town on a distant planet and fill it with cute aliens named Lintwians.

Lintwians are animal-like creatures from the distant planet of Lintw.

They love to have fun - in fact their entire society is built around it!

It's up to you to build a happy little town from the ground up and fill it with Lintwians.
You'll be in charge of not only constructing houses, planting trees and creating toys but genetically engineering the Lintwians themselves!

Fill your town with any of eight subspecies and customise their colours and appearance to your liking, or leave it all to chance!

Watch them prance around, play with toys, interact with each other and live out their little lives on your screen.
Each Lintwian is blessed with a unique appearance, name and personality.
Some may require more care than others, but if you do your best they will provide you with the Joy Power you need to expand your town!

Inspired by Sonic Adventure's Chao Garden and the Creatures A-Life series, Lintw - The Simulated Märchen aims to be a relaxing, casual and passive experience that can be enjoyed slowly and long-term.

Explore Lintw and try to unlock all 21 of the game's hidden achievements!

The game has undergone limited testing through a small group so if you happen to experience any major bugs or issues, please report them!

Do note that the Android version does not currently feature a tutorial, and is missing some graphical effects. Performance may also be lower in this version, be aware!

If you enjoy the game and would like to see the game expand with new subspecies and features, please consider donating and commenting!

The concept of this game is really cool, and it's also awesome that you were able to fit it into an incredibly small file size!
So, I actually wanted to ask, is there any particular way that you generate the names? Is it just a random assortment of letters with varying name sizes, or do you actually have a list of names?

Thanks! I often put a little too much effort into being efficient with file size and processing load, though I will admit this little project isn't super well optimised really.

The names are actually not completely random, and are generated using three strings and a randomised integer, plus a character-specific integer denoting the length of the name that needs to be generated and a starting point for the RNG'd integer.

It then uses the random number to do a lookup on a string that looks like this:

This is essentially the syntax for names, which gives everything a random-but-consistent appearance, where 1 is a vowel and 2 is a consonant.

So if a character has a name that's 5 characters long and starts at position 10, it pulls a string that looks like this: 11221 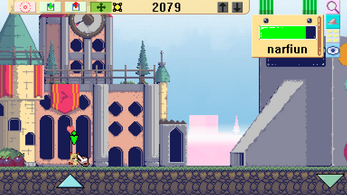 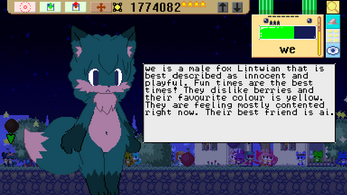 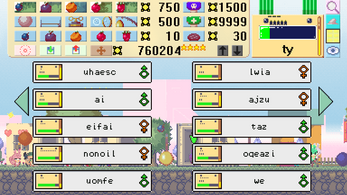 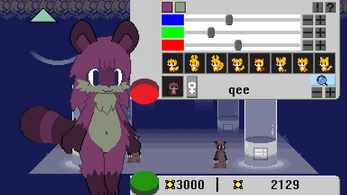 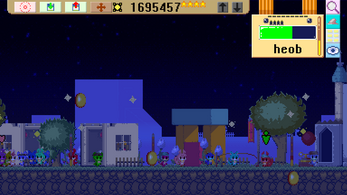